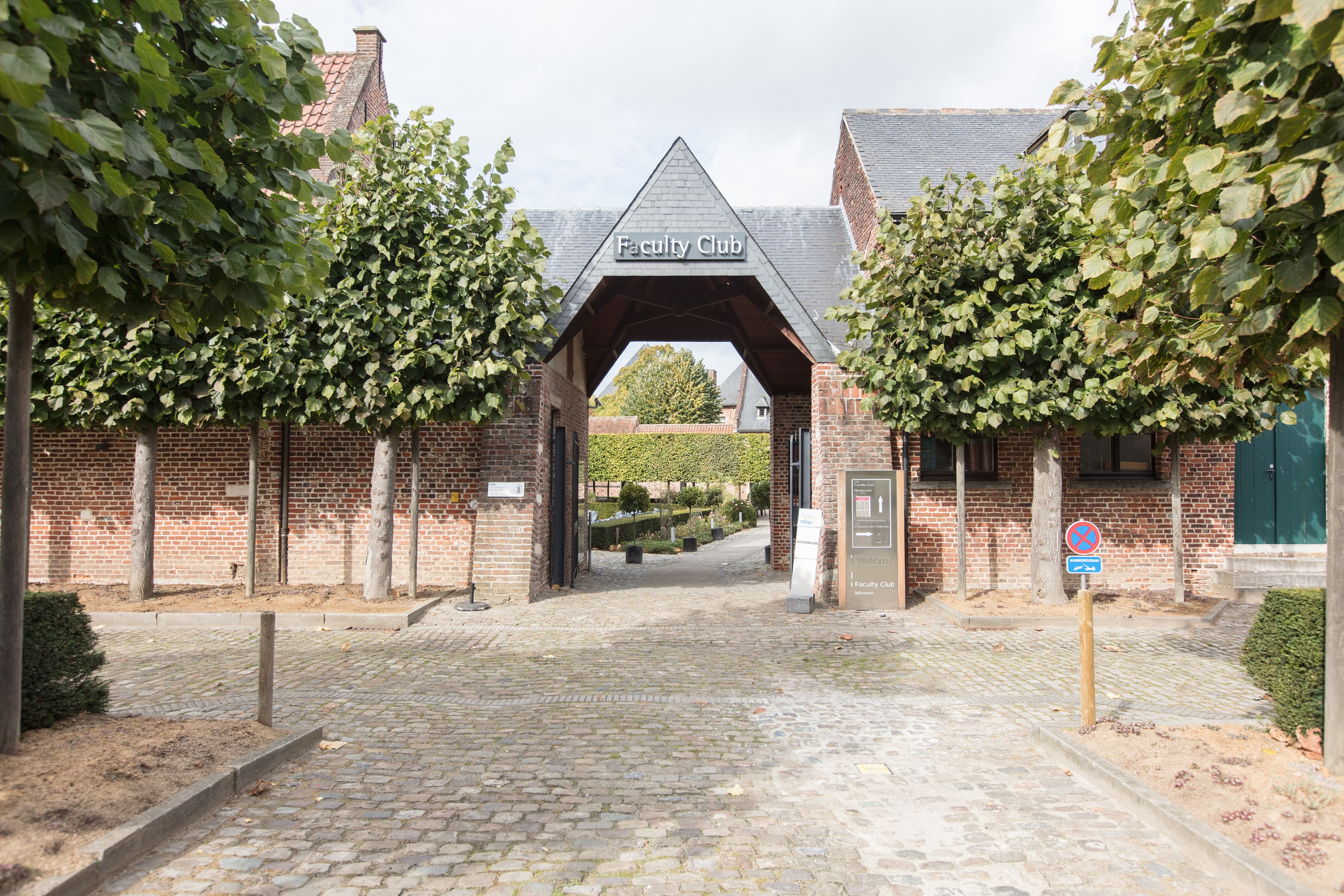 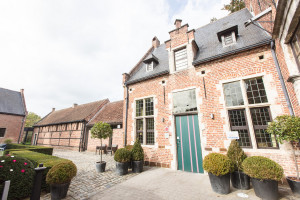 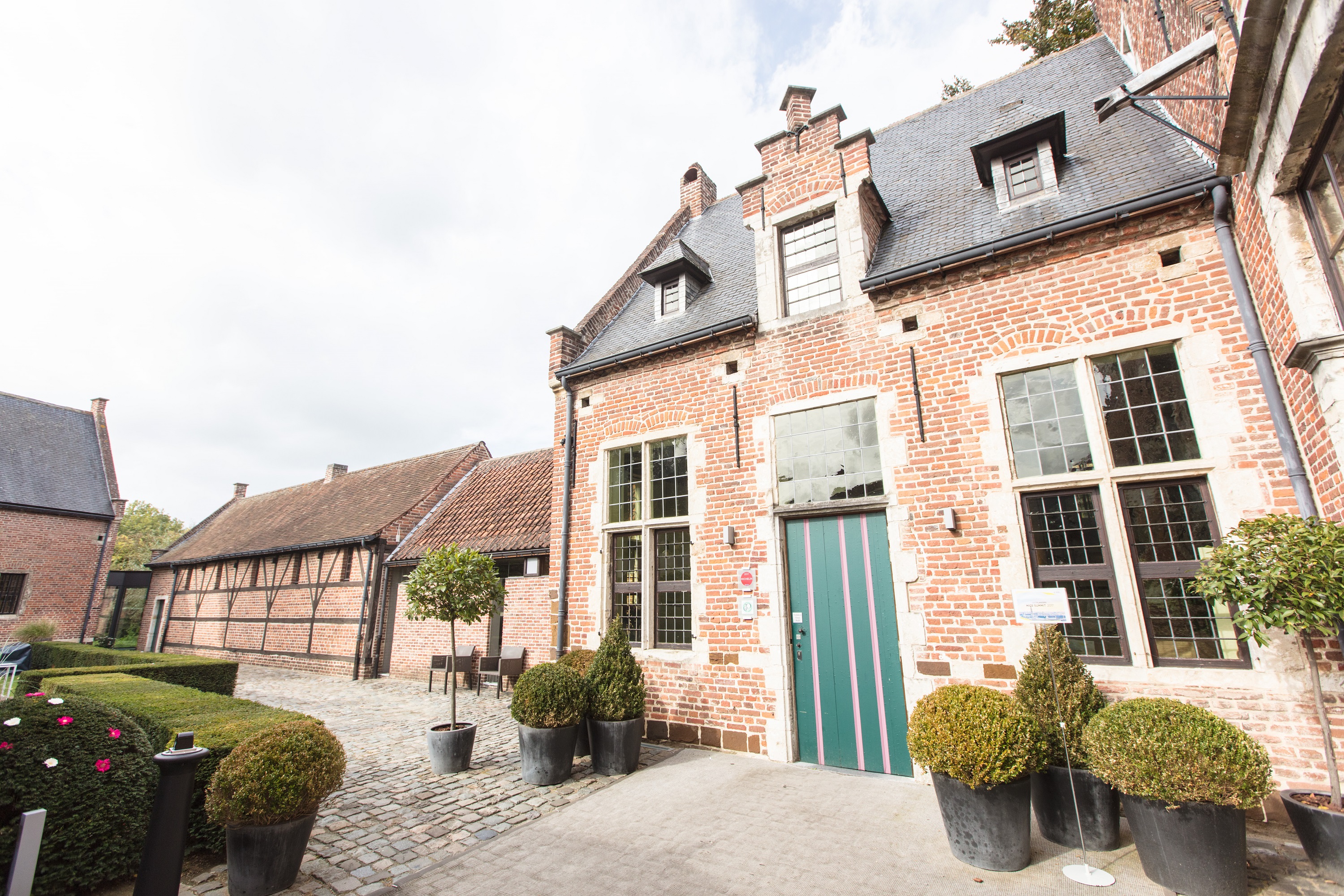 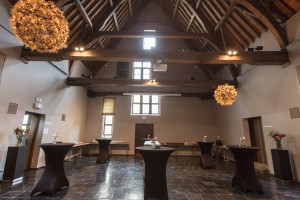 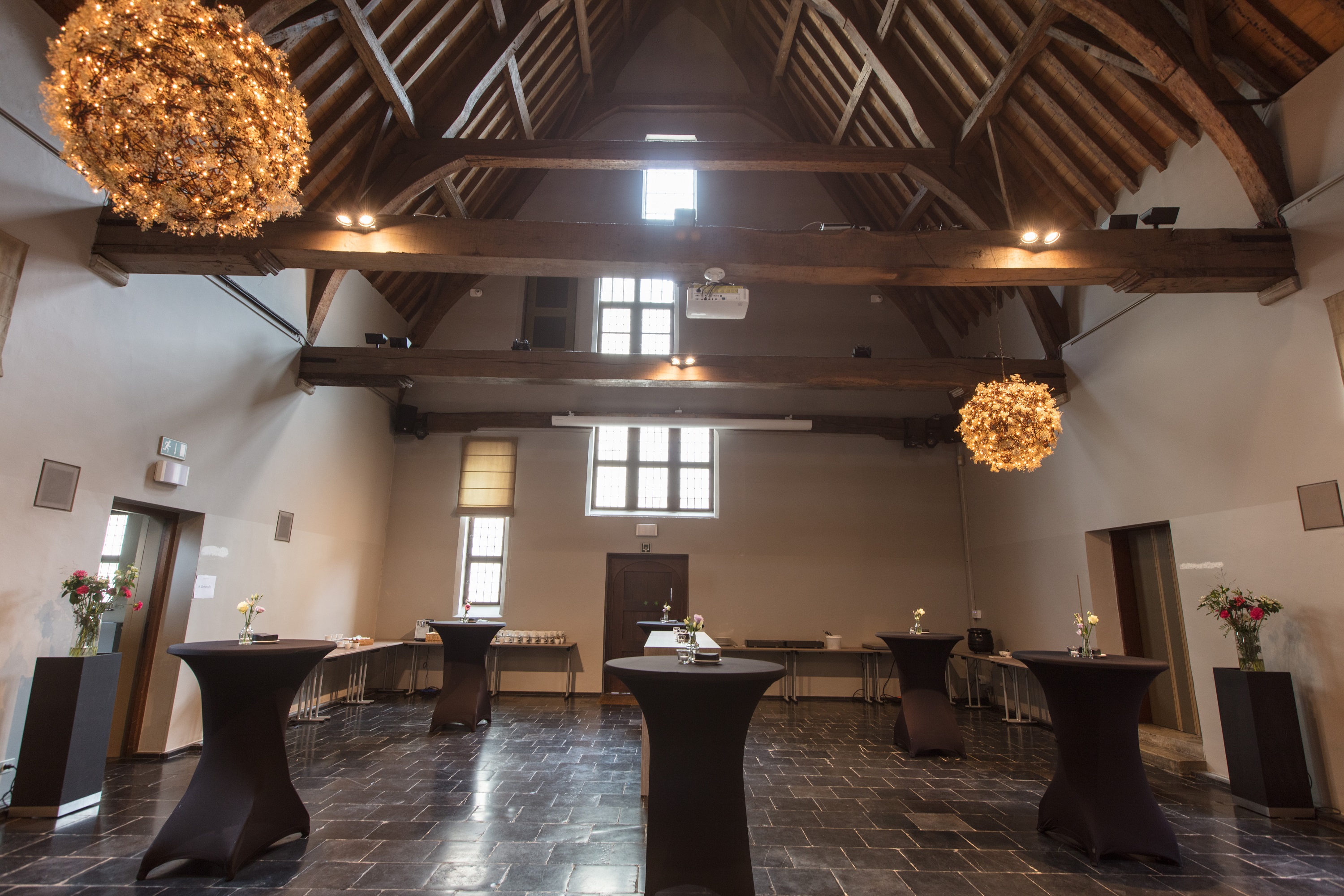 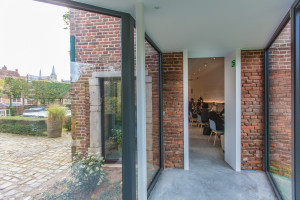 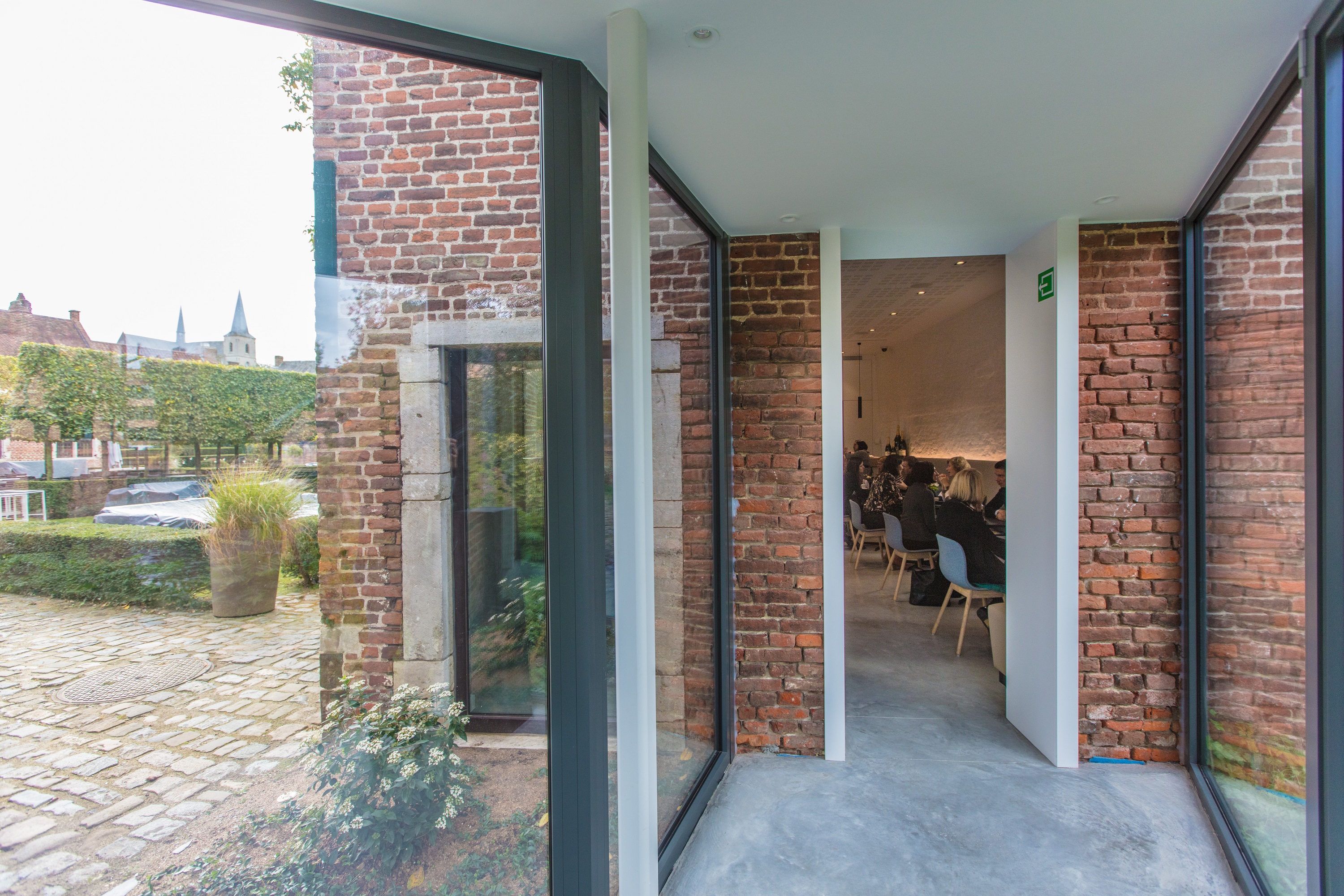 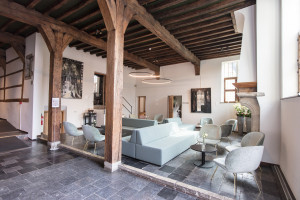 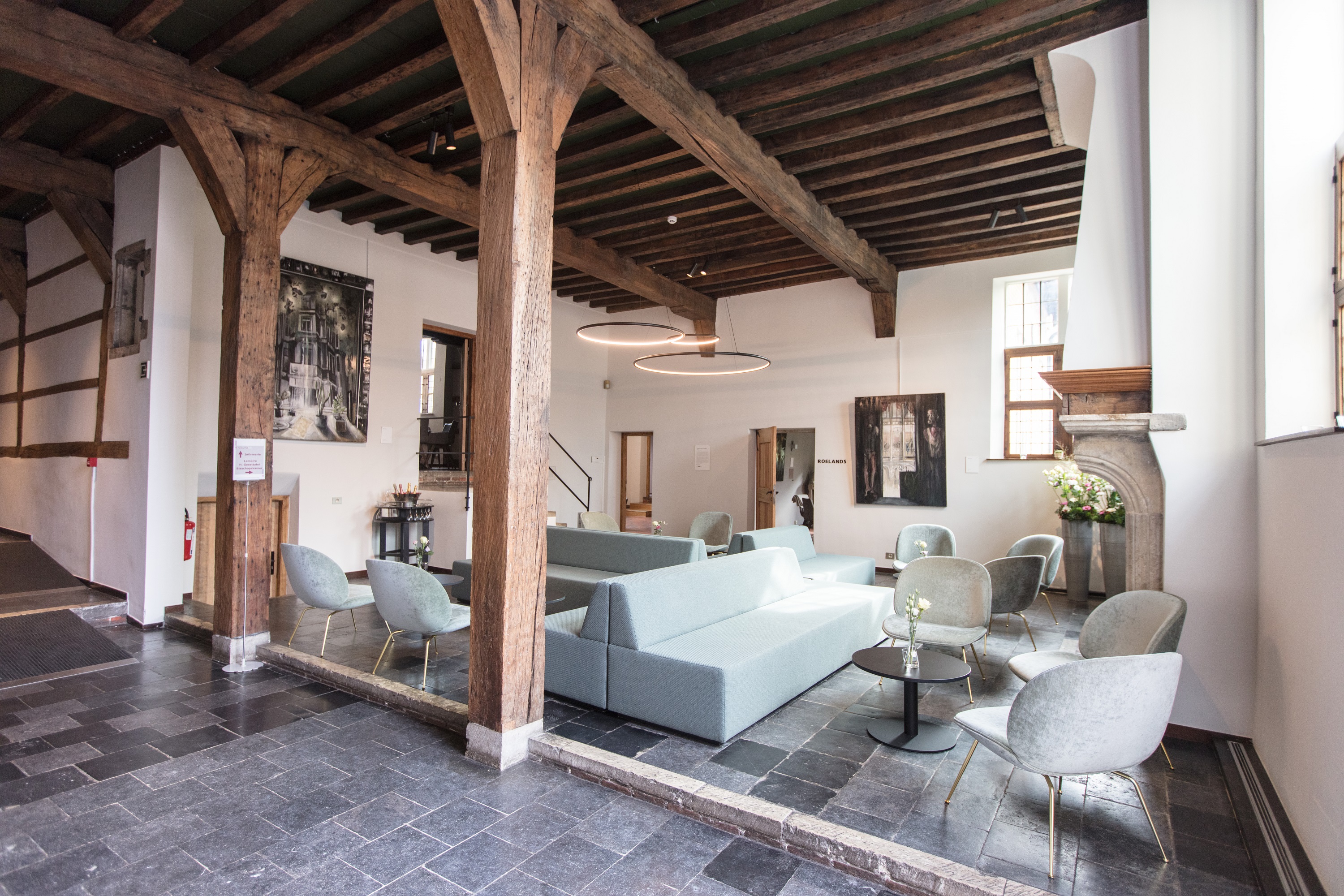 If you want to hold your meeting or conference in a UNESCO World Heritage site: here is your chance. The Faculty Club is located in the Grand Beguinage.

Faculty Club consists of two main venues: the thirteenth-century Infirmary and the sixteenth-century Convent of Chièvres. They are both magnificent, characterful buildings, with exposed beams, Flemish brickwork and ancient flagstones – places where you feel at home straightaway. Combined with the state-of-the art meeting equipment, the top-notch service and the high-quality catering, this makes for an extraordinary meeting and congress venue. And there’s more: the Grand Beguinage and Faculty Club are located in the centre of Leuven. You might know this city as the home of KU Leuven, one of the oldest and most renowned European universities. Its 60,000 students from all over the world make Leuven a lively, active place, with a great café life, lots of parties and a vibrant cultural scene. And in the unlikely case you should get tired of Leuven: Brussels is a quarter of an hour away by train, Antwerp and Ghent less than an hour.

If you want to experience what a sixteenth-century city looked like, just take a stroll in the Grand Beguinage, a place that hasn’t changed much over the last five centuries. From the beginning of the thirteenth century onwards it was home to the beguines: women who were unmarried and led a religious life, but didn’t belong to a religious order. Most of the Grand Beguinage consists of the houses they lived in, but there are also a few larger buildings. In the Infirmary, sick and old beguines were cared for. And the Convent of Chièvres offered communal lodgings to poor beguines who couldn’t afford a house of their own. The Grand Beguinage was effectively a city within the city: it was walled, and the gates were closed at night. After the French Revolution, the beguinage was confiscated and fell into disrepair. In the 1960s, KU Leuven bought the property and restored it with meticulous care.

The serenest of event locations

Today, the fairytale houses, the cobbled streets, and the meandering river Dijle make the Grand Beguinage one of the most beautiful and serene spots in Leuven. For the beguines, it used to be a true haven of wisdom, a peaceful place where strong, independent women could lead a life of contemplation. Will it be a haven of wisdom for your next conference or meeting?

Located in the city of Leuven

Leuven is home to one of Europe's oldest and most important universities. At the same time, it is headquarters to AB InBev, the world's largest brewer. Leuven's fascinating diversity makes this art city the ideal location for a conference that will impress your delegates for a long time to come.

Visit Faculty Club from your chair

With your conference in Faculty Club you are guaranteed to impress your delegates. But first it's your turn: take an impressive virtual visit in 360° to this venue, and be amazed by its architecture.