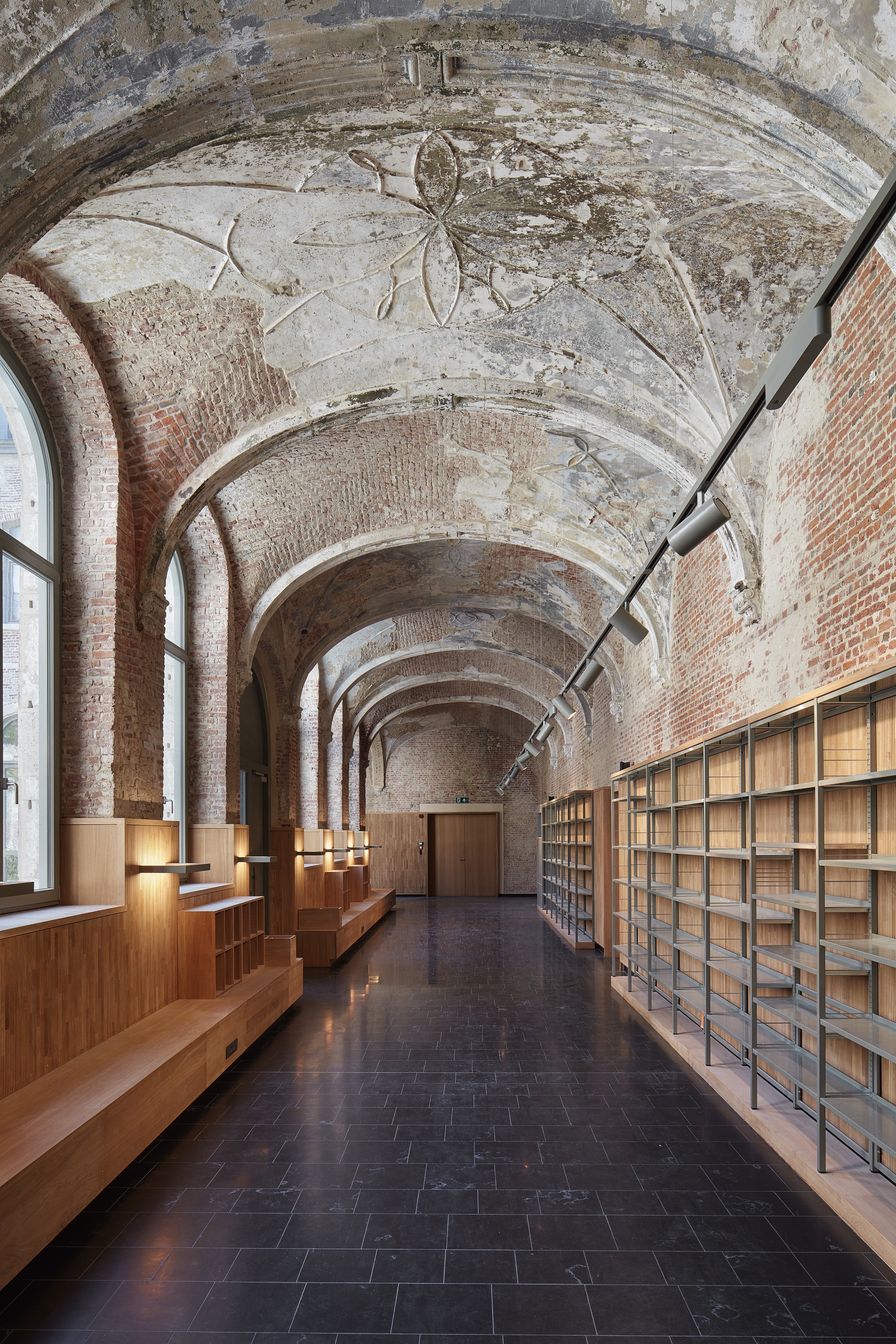 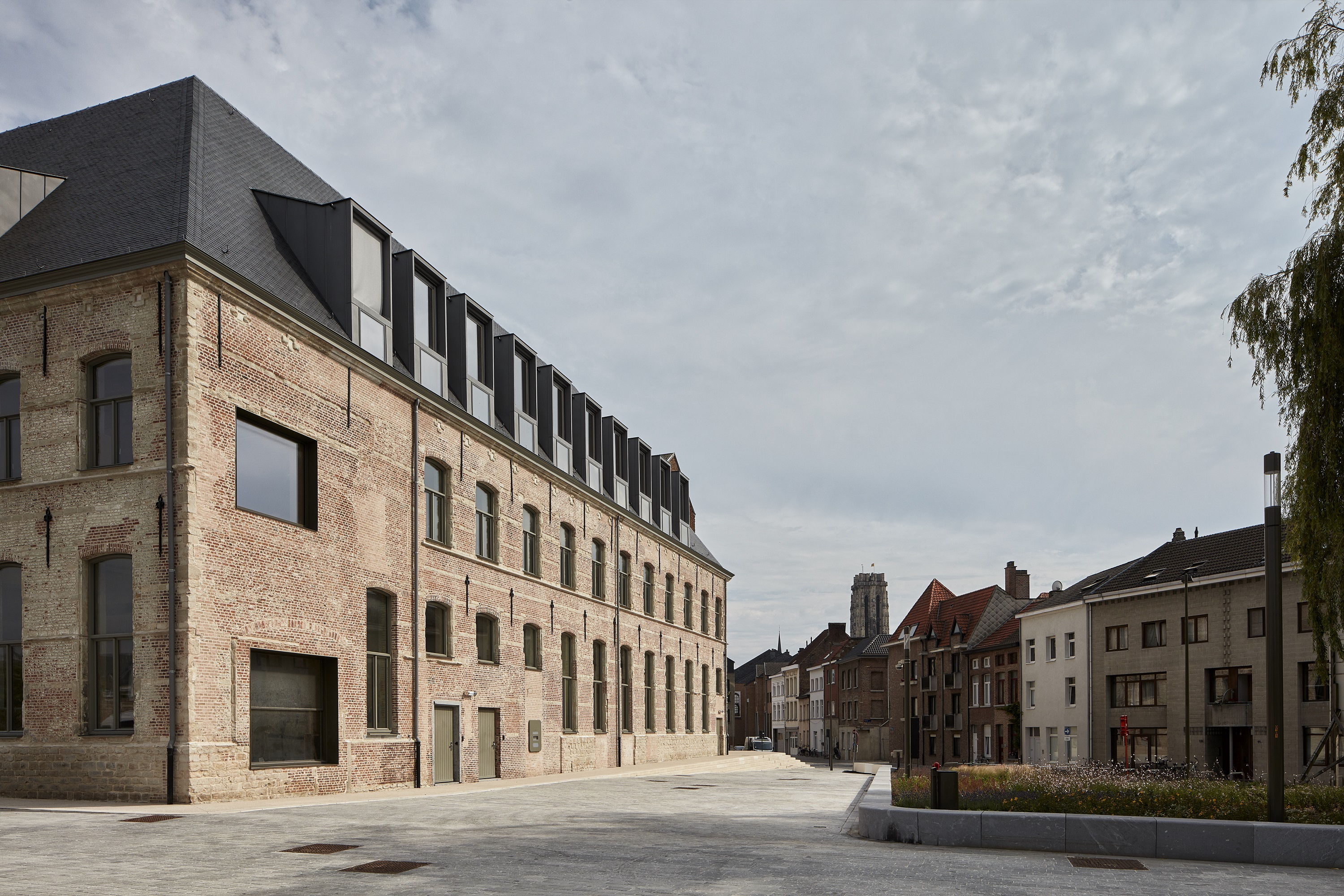 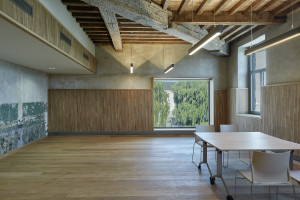 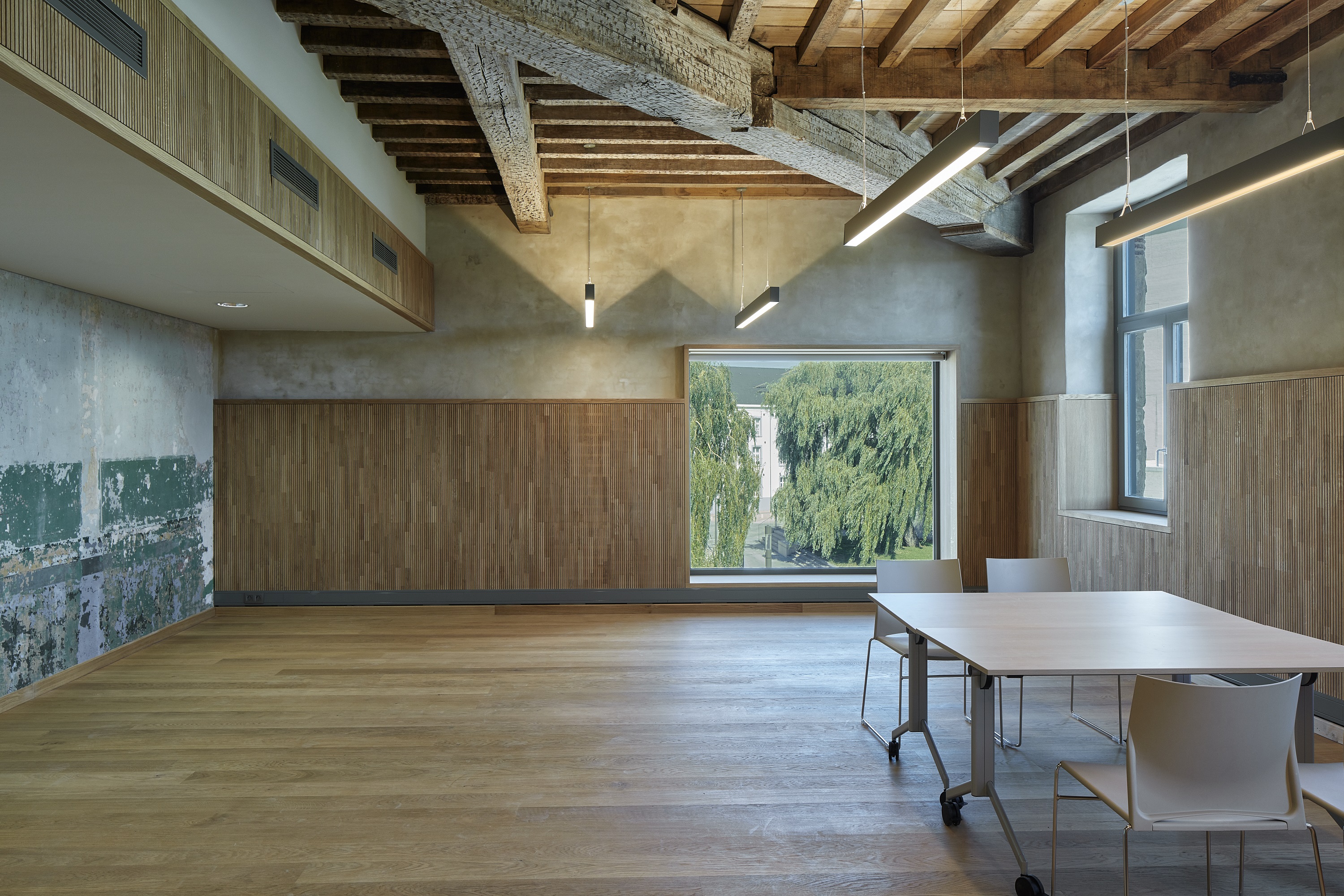 A peaceful 17th-century monastery has been turned into a hive of activity: it now houses the city library of Mechelen.

How about having your plenary session in the enclosed garden? Or welcoming your attendees in one of the magnificently restored cloisters? Or having dinner in the on-site restaurant Tinèlle, ran by Michelin-starred chef Ken Verschueren? The Predikheren is not some anonymous, dedicated congress centre where you only see other attendees, but an integral part of the historic city of Mechelen. It offers all the privacy you need for your meeting or congress, but at the same time it’s open to the world. Much like the Dominican monastery it once was.

In the middle of the 17th century, the Dominican friars of Den Bosch in the Netherlands were kicked out of their monastery. The city had come under protestant rule, and they were no longer welcome there. The friars ended up in Mechelen, where they founded a new monastery and built a church. In Dutch, the Dominicans are also known as Predikheren – ‘Preaching Gentlemen’. The aim of the order is to spread the word of God and defend the catholic faith against heresy. They do so by preaching, and here in Mechelen generations of friars were trained to speak in public and convince people. After the French Revolution, at the end of the 18th century, the monastery was confiscated. It served as a military hospital and barracks until 1977. In 1979 it was listed, but it had to wait another 40 years before it was put to use again as a multi-purpose building.

Your congress in the middle of a historic city

The Predikheren has everything you could possibly need for your meeting or conference, but it would be a pity if you didn’t take the opportunity to discover Mechelen while you’re there. The city has a marvellous historic centre, packed with shops, cosy restaurants and some really quirky cafés. Lovers of culture can explore museums like the recently renovated Hof Van Busleyden, which is housed in a gorgeous renaissance palace. And of course there’s the charm of the cobbled alleys, the cosy streets, and the omnipresent historic buildings. Which, by the way, are not only beautiful, but are also used in meaningful ways. Just like the Predikheren: people go here to have a coffee, read a book, enjoy art, meet other people and exchange ideas… It once again has become a place full of life and stories. Why not add yours?

Located in the city of Mechelen

Which Flemish city has the largest number of monuments on the UNESCO World Heritage list? That's right: Mechelen. In addition to its 336 listed buildings and monuments, this charming city also houses excellent restaurants, modern hotels and above all: magnificent conference venues.