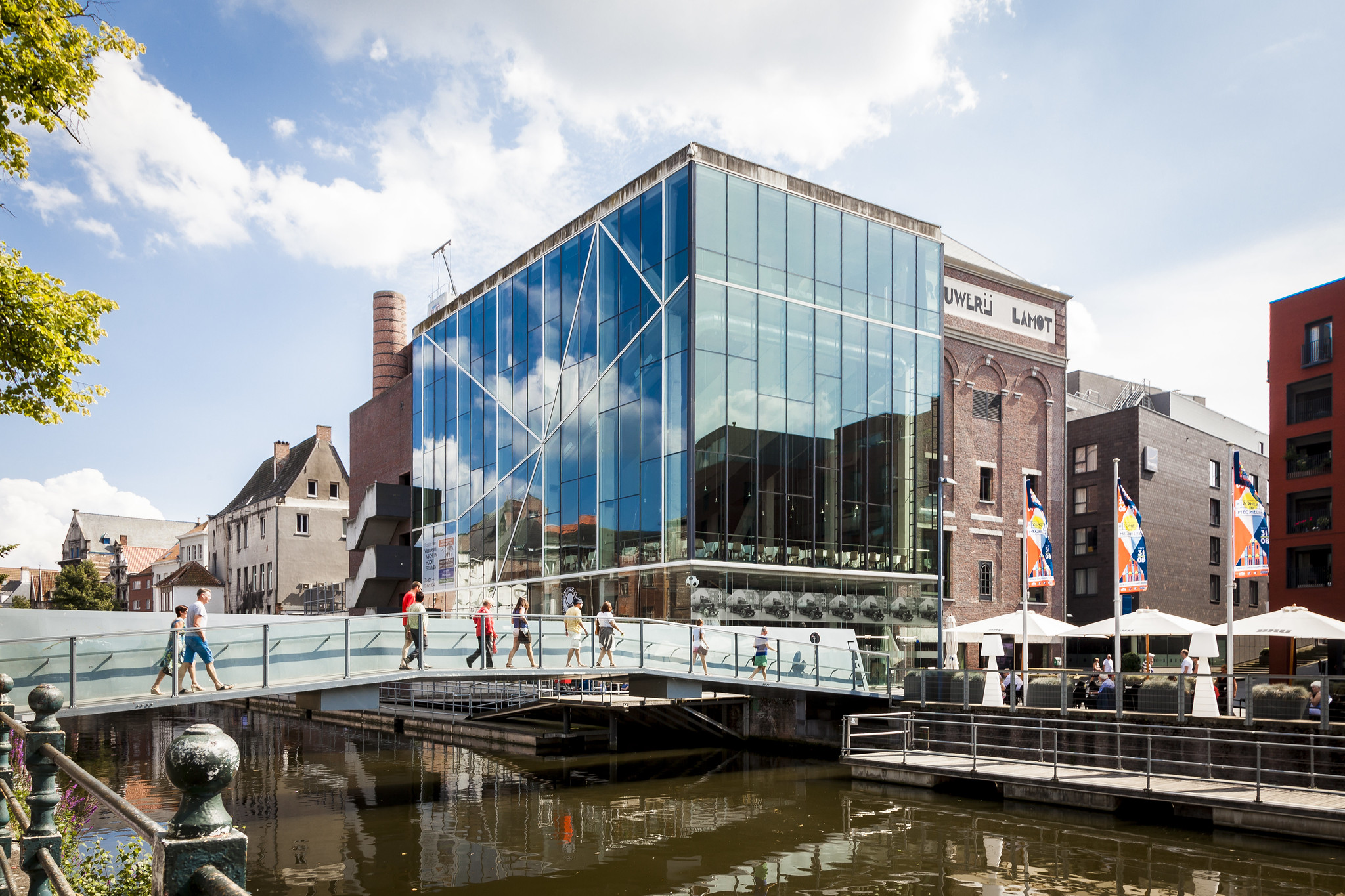 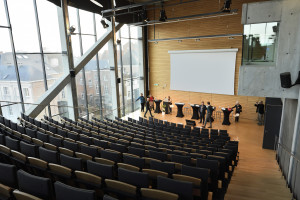 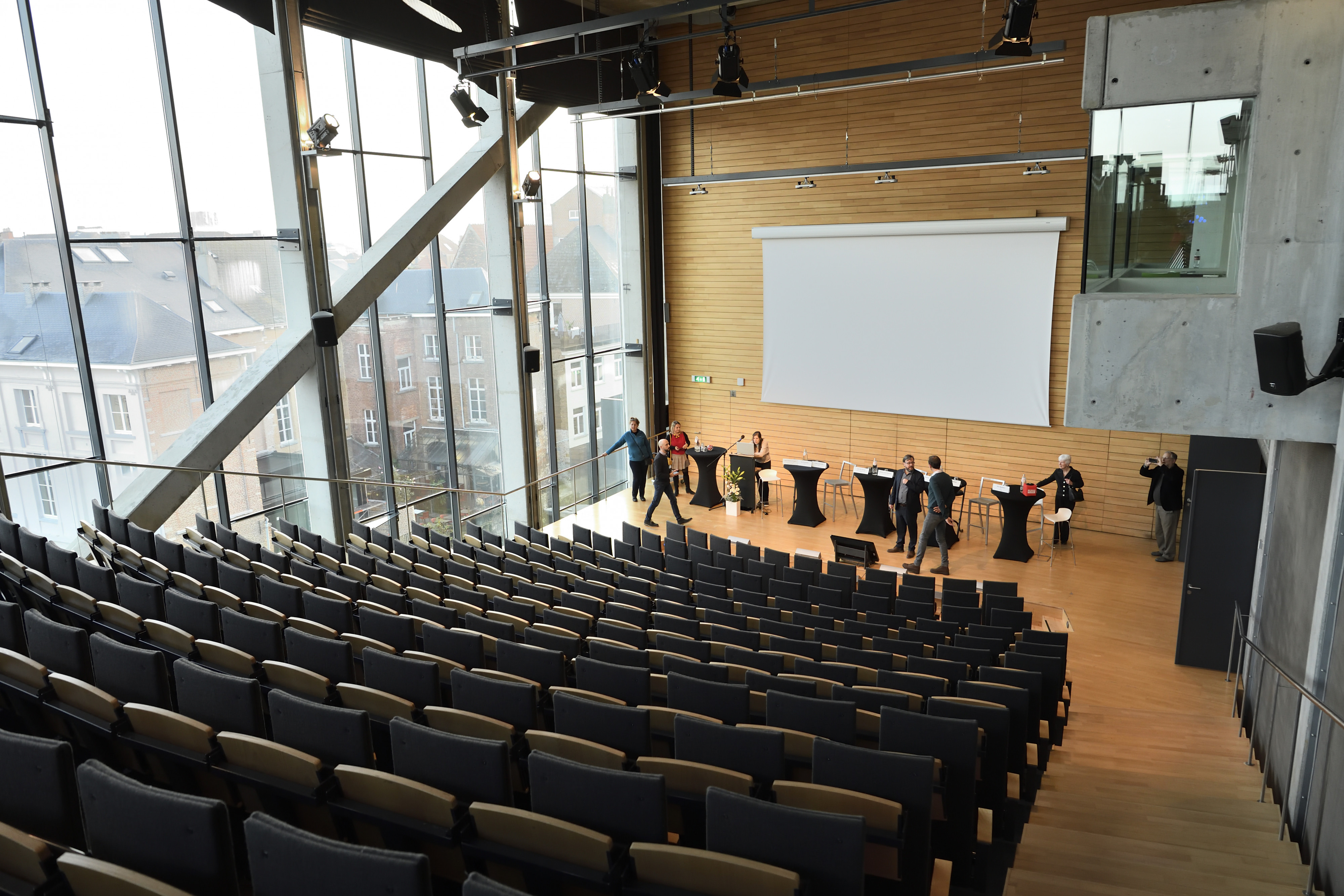 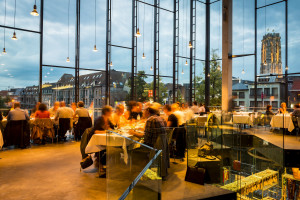 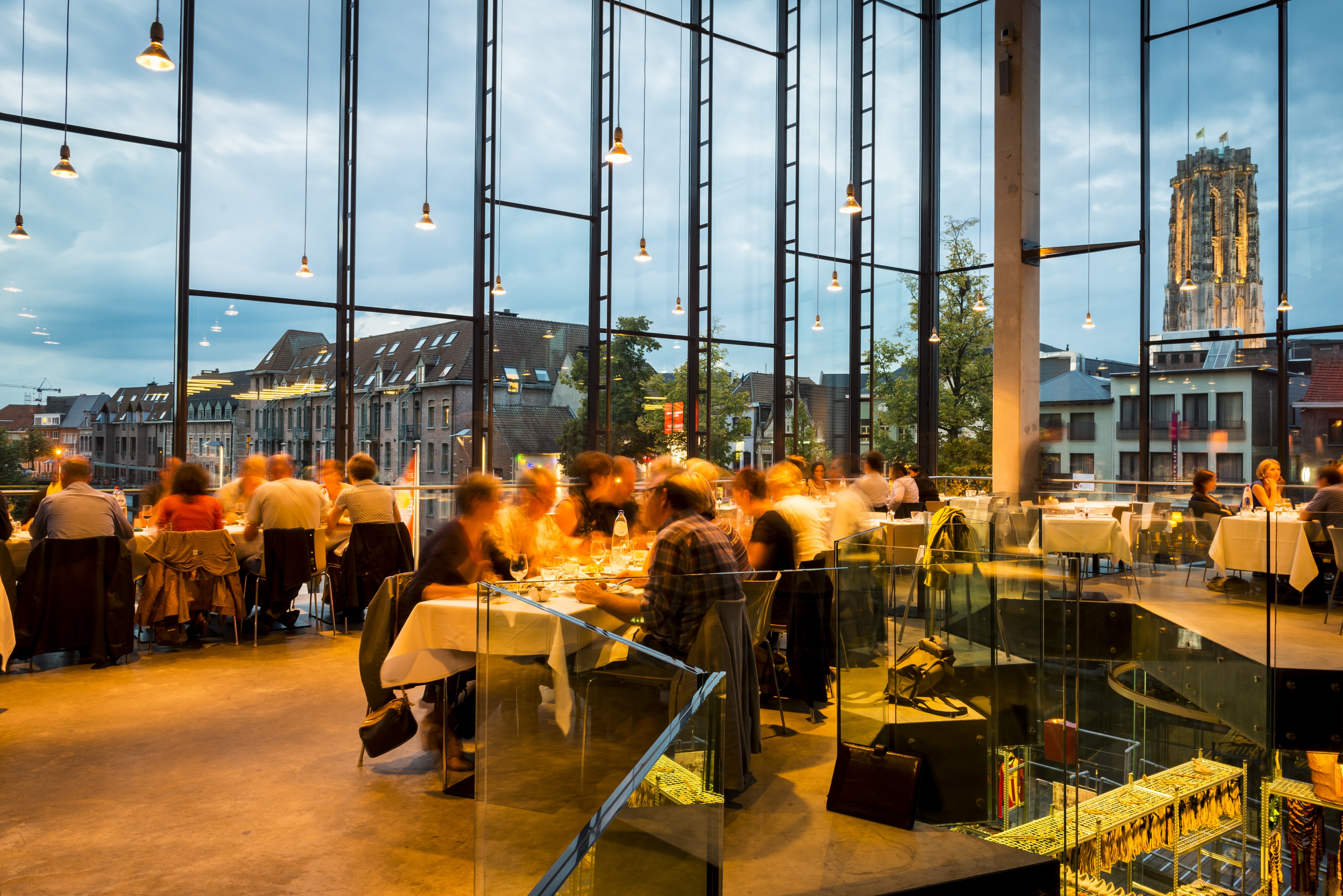 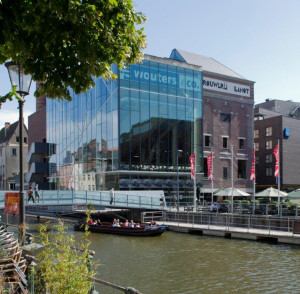 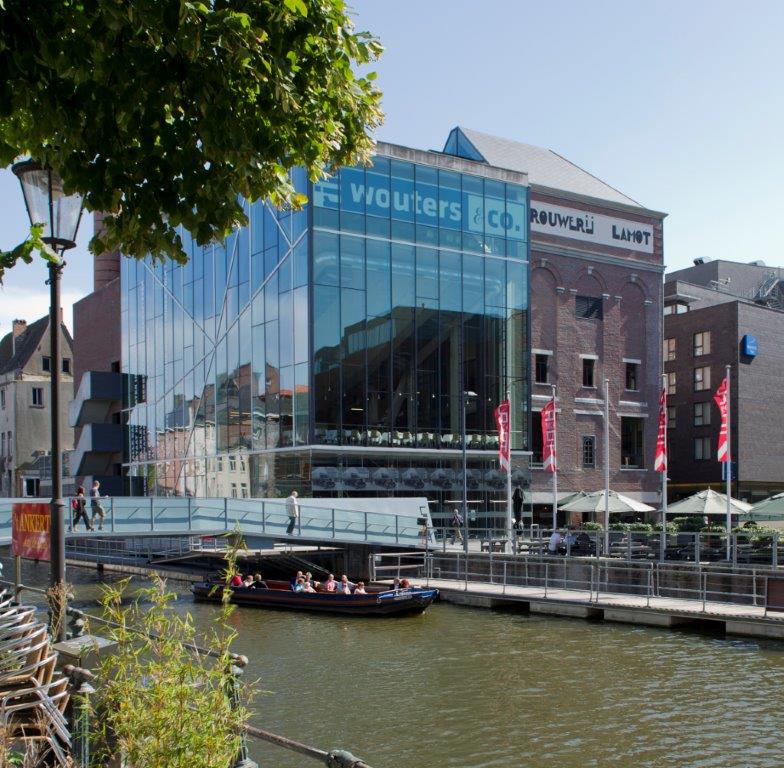 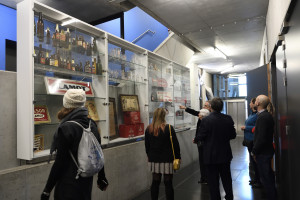 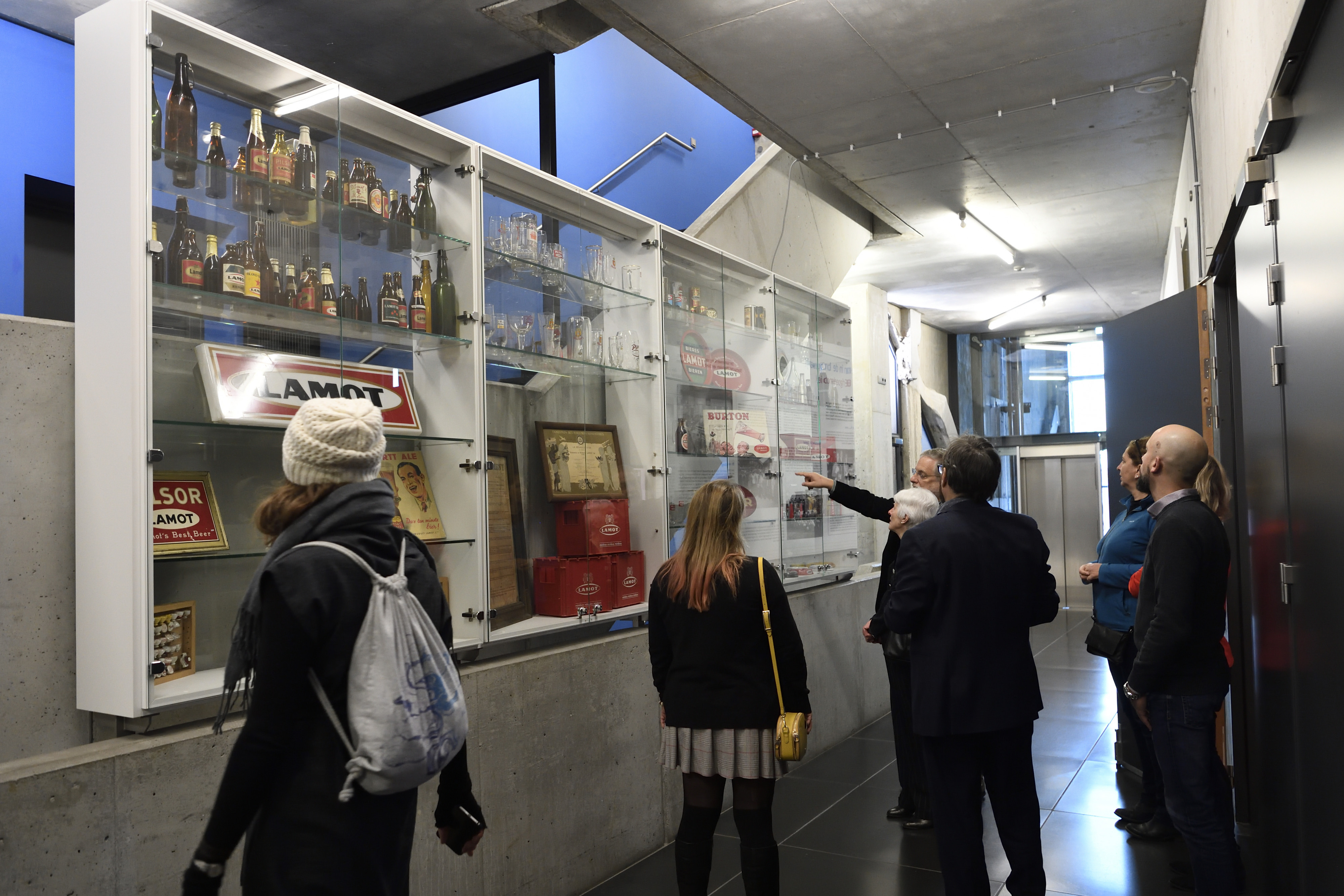 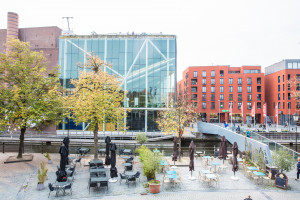 Terrace on the Vismarkt with view at Lamot_Conference Heritage Centre 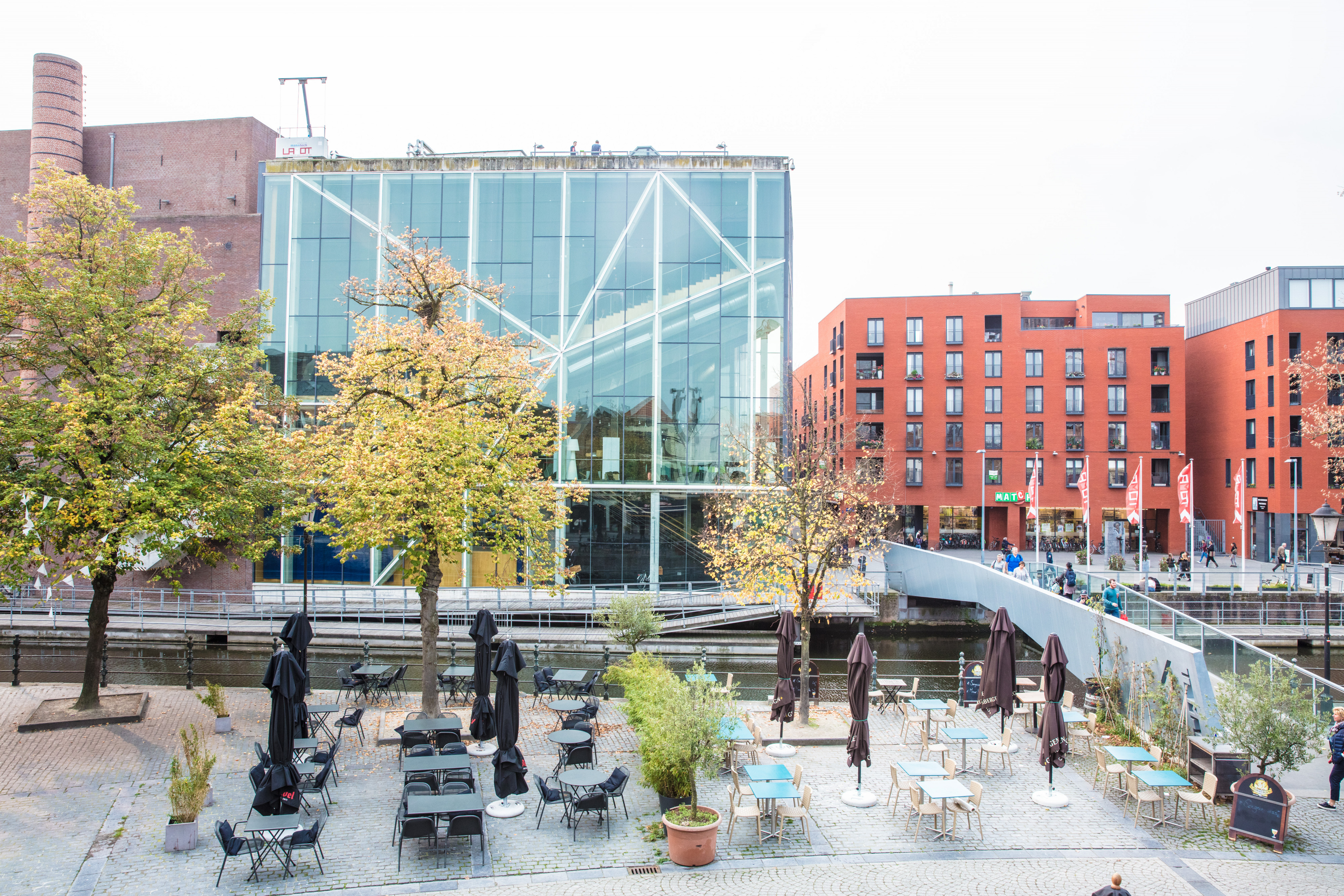 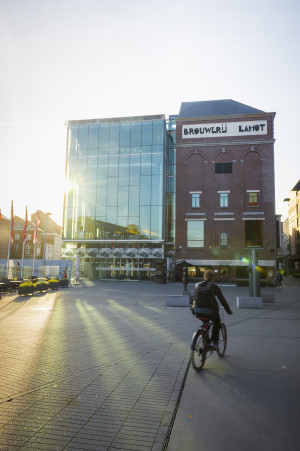 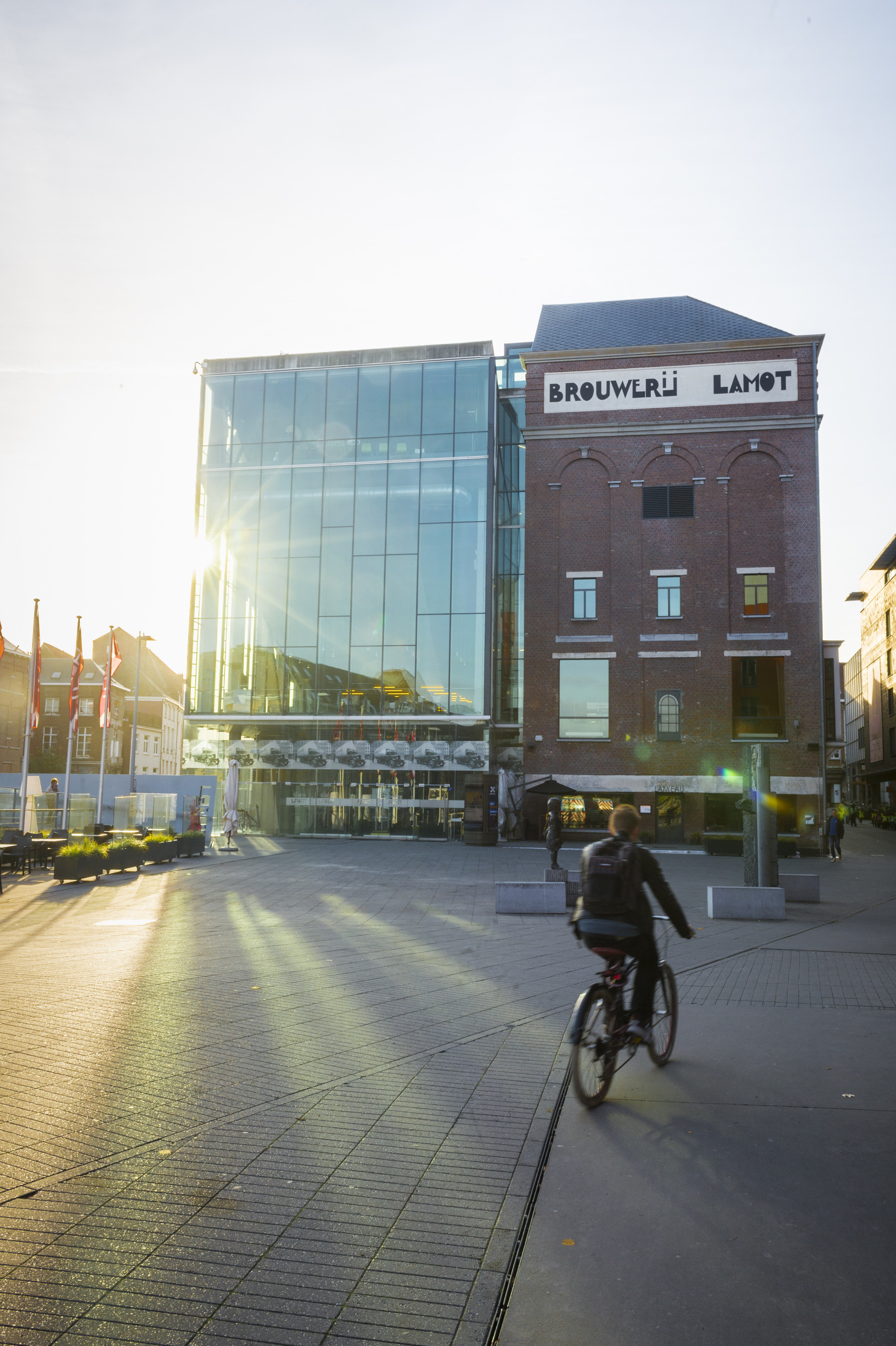 A highly successful renovation project has turned an urban blight into an up-to-date conference and meeting venue.

It was a bold move by the architects: adding a striking glass volume to give the 19th-century Lamot brewery a new lease of life. It now functions as a space for public projects on Mechelen's cultural heritage and as a state-of-the-art conference centre. Its auditorium and meeting rooms offer panoramic views of the historic city, and the high-quality catering is in the capable hands of Grand Café Lamot - a popular meeting place for both local people and attendees.

A history of entrepreneurship

The first mention of a brewery on the site dates back to 1627. In 1855, the Lamots, a family of entrepreneurs, buy the brewery and begin producing beer, mainly for the local market. Gradually, they build an imperium. At the height of their expansion they own a host of breweries and pubs, and brew 1,000,000 hectolitres of beer a year. The Lamots are bent on innovation and aren’t afraid of taking risks. They experiment with new brewing methods, and after the First World War, when they can’t find the funds in Belgium to build a new brewery, they temporarily move their headquarters to London.

In the 1970s, the British group Bass Charrington acquires a majority of the shares – the beginning of a series of mergers and acquisitions. Sales of the Lamot brand start to decline. On 22 December 1994, 23 employees raise their last glass to the brewery: 367 years of brewing history reach an end. The buildings become an urban blight in the heart of Mechelen, until the renovation in 2001.

Today, Lamot is a characterful conference venue with state-of-the-art meeting equipment and excellent service – an inspiring place with a history of daring entrepreneurship and bold ideas. And after your meeting, you can unwind with a beer in the Grand Café. Or how about an aperitif on the medieval Sint-Rombouts cathedral tower? Its 538 steps will take you to the skywalk with its breath-taking views of the city and its surroundings. If the weather is good, you can even see Brussels and Antwerp – cities that are both a twenty-minute train-ride away. But make sure you visit Mechelen first! It’s a cosy historic city, with plenty of pubs and restaurants and a great cultural life. Cheers!

Located in the city of Mechelen

Which Flemish city has the largest number of monuments on the UNESCO World Heritage list? That's right: Mechelen. In addition to its 336 listed buildings and monuments, this charming city also houses excellent restaurants, modern hotels and above all: magnificent conference venues.

Visit Lamon from your chair

With your conference in Lamot you are guaranteed to impress your delegates. But first it's your turn: take an impressive virtual visit in 360° to this venue, and be amazed by its architecture.